CWMPhoto Quiz is presented in partnership with STEC Equipment. 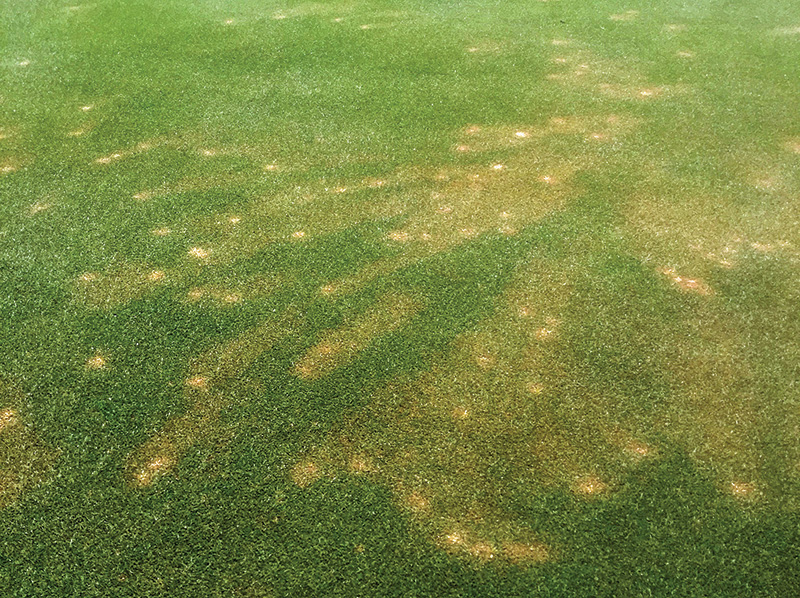 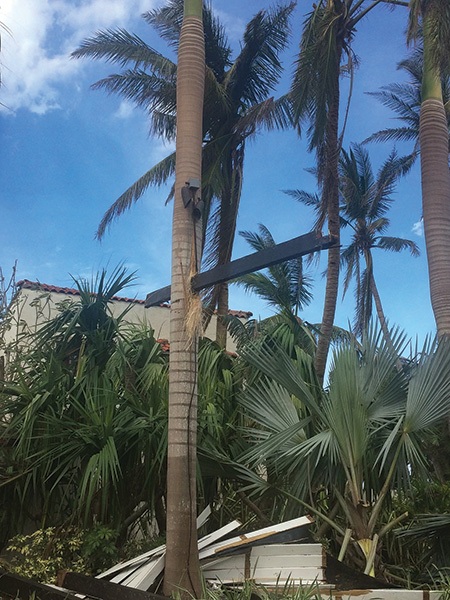 Scroll down for answers.

These irregular brown areas were caused by an experimental attempt to remove Poa annua from this bentgrass green. It was decided to use a weed killer type applicator with straight glyphosate to remove the Poa. Extreme care was taken to ensure the application was exact so that the surrounding bentgrass was not impacted. The next day, rain, followed by a cycle of irrigation, reactivated the glyphosate and allowed it to run downslope to the surface of the green, browning the bentgrass. Luckily this was only tried on one green and as you can guess it was decided not to repeat the experiment. According to the person who submitted the photo, the damage “looked worse than it actually was”.

A two-by-four from the patio of a nearby residence – which had been nicknamed “Su Casa” – impaled this royal palm during a hurricane and caused the vascular bundle problem you see in this photo. The residence is a rental property inside the reserve, which is what this club and hotel is famous for and is the only one in the world. Hurricane Irma swept along the northern coast of Puerto Rico in early September 2017 as a Category 5 storm, causing over $700 million in damage and knocking out power to over a million people. Two weeks later, Hurricane Maria struck the island directly as a powerful Category 5 storm, knocking out the power grid, causing flooding and an additional $100 billion in damage, sadly killing many people. . The superintendent described the aftermath as a war zone across the entire property. Many other palm trees were simply flattened and uprooted, as was a huge ausubo tree on the property. The team worked long hours to restore the property and play resumed a month later.

Photo submitted by Alejandro Baiocchi, Superintendent of Woodmont Country Club in Rockville, Md., and a GCSAA member for 11 years. This photo was taken while he was assistant superintendent at TPC Dorado Beach in Dorado, Puerto Rico.

Editor’s note: Do you have a photo of an anomaly on the course? CWM I would love to take a look! Email it to photo quiz author John Mascaro.

John Mascaro is the President of Turf-Tec International.