Paris Photo is designed on a larger scale than, say, Photo London. The French love photography and between Paris Photo, the Rencontres d’Arles and other major exhibitions, such as the Walther collection currently at the Jeu de Paume, they do it more justice than we do. Paris Photo is a sales fair, but the fact that so many exhibitors chose to exhibit only one or two photographers made it an organized experience. Fortunately, there were fewer nudes and safari animals on display than at other fairs – less “tits and tusks” as they say in the trade.

Photography was for many years the poor relation of the other visual arts. Every big city has an art gallery, but very few have galleries dedicated to photography. It was traditionally thought that this mechanical medium should take precedence over the images invented by the hand and the brain of the artist. But there is one thing photography can do that other visual arts cannot – it can record a verifiable image of the real world. With the push of a button, the photographer can convert the here and now to there and then, and part of the power of great photography comes from the fact that the events captured by the machine actually happened and the photographer, thanks to his skills, is showing us something that we could have seen for ourselves, if we had been there with eyes to see.

Since the beginning of photography, artists have manipulated the image – in the double exposure camera, in the darkroom and now on the computer. There is a spectrum ranging from so-called “straight” photography to the purest invention. The images shown at Paris Photo ran the gamut, but many stayed firmly within the confines of photography as a recording medium. As you walked through the Grand Palais, images came to you from all sides. Images by Jurgen Schadeberg (Bonne Espérance, Paris) showed daily South African life in the 1950s and 1960s (main picture: Jurgen Schadeberg, ‘The Gambling Quartet, Sophiatown’, 1959). Strong in themselves, but made more vital and historic by the context of apartheid and injustice. Herbert List (Karsten Greve, Paris), the “photographer of silence” – a gay Jewish refugee from Hitler – showed images of classic 1950s Greece and Italy, surreal in their clarity, sometimes with homoeroticism. Latif Al Ani (Isabella van den Eynde, Dubai) took photos of daily life in Iraq (In the photo above right: Latif Al Ani, “School lunch, public primary school, Baghdad”, 1961) . Much of his work was lost in the US-led invasion.

Towards Invention Cy Twombly (Gagosian, Paris) showed subtly distorted Polaroids of natural subjects such as flowers and trees, Alexey Titarenko (Nailya Alexander, New York) a series of collages and photomontages depicting the absurd Soviet reality and Paula Ventura (Galerie XII, Paris) circus images and surrealist landscapes (In the photo below: Paolo Ventura, GR Monza, 2019). Some of these images may have been taken on other media and after Paris Photo, a trip to the Louis Vuitton Foundation to see the Morozov collection recalled the depth, texture and hold of oil painting, for example. . But it is a mistake to think that this is a competition. It’s a choice, and photography can bring a compelling kind of brightness and richness of detail to the image. It is the art of our time. 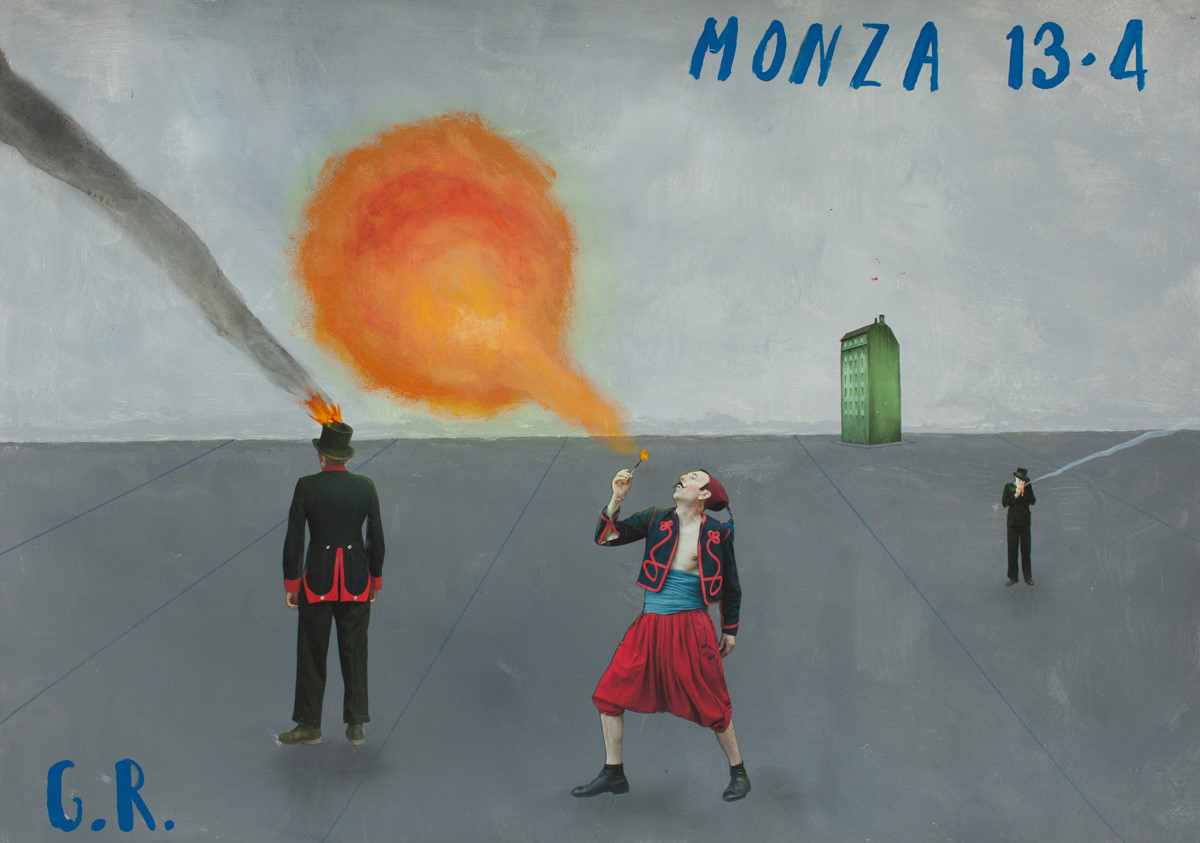 At Paris Photo, there were nuggets everywhere we looked. Americans stood out as usual – images of Irving Penn, Richard Avedon and Helen Levitt were still jumping off the walls. Sirkka-Lisa Kontinnen (L Parker Stephenson, New York) showed fascinating footage from the north of England.

Craftsmanship matters. The quality of the print was a big contributor to Penn and List, but for others, not so much.

There were black photographers like James Barnor (Galerie Clémentine de la Féronnière, Paris), Zanele Muholi (Delpire & Co, Yancey Richardson and Stevenson Gallery) and Seydou Keita (Nathalie Obadia, Paris) and the Michael Hoppen Gallery had some good vintage Japanese prints, but about two-thirds of the galleries exhibiting at the show were from Europe and the overall tone of the show was European. It would have been nice to see more photographs from Africa and Asia, but in the end we should be thankful for what we got. At the opening there was a feeling of joy and celebration. Despite the masks and vaccination checks, Paris Photo is back. Photography is back. We must thank the organizers and exhibitors for this superb fair.

3 Ways to Search Objects or Part of Photo on Google