Most photographers don’t have an unlimited supply of money or a vast, endless studio to collect and accumulate gear. For this reason, it is especially important to choose materials and accessories that give them value for money, such as a simple large white backdrop.

If photographers plan to shoot portraits in the studio, there’s no more versatile kit than a seamless roll of white paper. In this video, photographer PJ Pantelis, based in Melbourne, Australia, demonstrates how to achieve a wide variety of different looks from a single roll of paper by simply controlling how light spills (or doesn’t) across it. its background.

In the short four and a half minute video, Pantelis begins by showing how, despite being in a brightly lit room, his camera settings (f/6.3 ISO 100) have been adjusted to ensure that without the strobes, there is then zero light, and nothing is visible in the frame. From there, he shows how, by using a grid over a single light source, he can keep the background dark, achieving a moody mid-gray look.

Then, by simply removing the grid and leaving all camera and lighting settings the same, it shows a more airy and slightly more casual light gray color.

Finally, in the third look, Pantelis adds an additional flash behind him to burst a splash of light onto the background, which then creates a uniform, uniform, almost pure white color on the seamless paper roll at the end. ‘background. Again, without changing any of the camera or light settings (other than adding the flash), he compares the three looks.

As Pantelis points out through the video, the position of the lights, the subject and the background do not change. Even the camera settings remain the same so that it can show more than in photography, sometimes where the light is not going can be just as important as where it is is Go. Creative use of lighting can take a single set and allow photographers to create an incredible variety of looks. 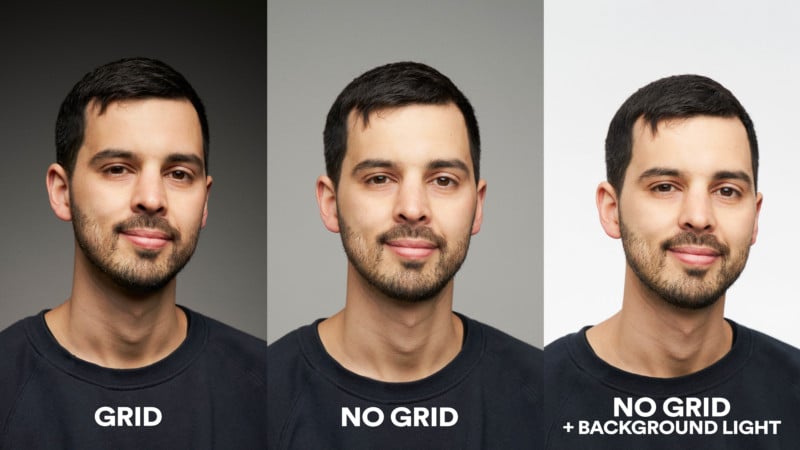