Do not use iCloud for long-term photo backup

My friend Bill just got back from a family vacation in Costa Rica and took lots of photos and videos on his iPhone, including some stunning shots of having breakfasts with local monkeys.

No wonder when he got home, he checked his iPhone memory and found that it was 98% full. A few more shots and he would run out of storage space.

His solution? “I’m just going to put them all in iCloud and then delete them from my iPhone,” he told me.

“Backing up” to iCloud and then deleting the photos locally on the iPhone is actually the worst thing Bill can do to free up space. Because once they are uploaded to iCloud, the next time he scans his phone for automatic backup, he will notice that the Costa Rican photos are gone and delete them from the cloud backup as well.

Have you ever noticed the fine print when trying to delete a photo? “This item will be deleted from iCloud Photos on all your devices.” 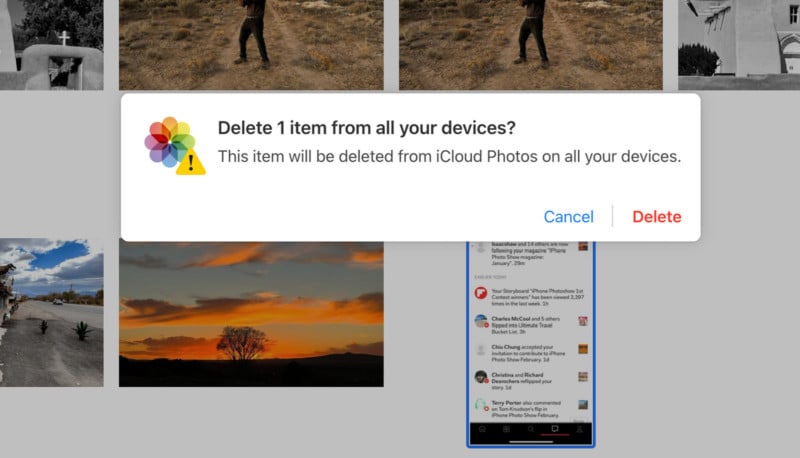 For pure long-term photo backup, because of these weird and obscure rules, Apple’s iCloud is on the way. the worst place to go because it’s not made for that. Apple tech support reps have told me on multiple calls that iCloud is intended for backing up your devices, not just your photo library, and as a way to have the same data available across all your Apple devices. , not just on the iPhone.

As Apple says, “Automatically download and securely store all your photos and videos in iCloud so you can browse, search, and share from any of your devices.” Notice that the word backup doesn’t appear anywhere?

How Apple wants the process to work

Remember the old ad from Apple asking us to “Think Differently?” It’s the same when it comes to backup. Apple just does it differently. In Apple’s world, you don’t delete the images from the phone, you just convert them to low-resolution copies and download the high-resolution originals from iCloud.

You can switch from top to bottom by clicking “optimize” in the Settings section, under your name at the top of the screen. 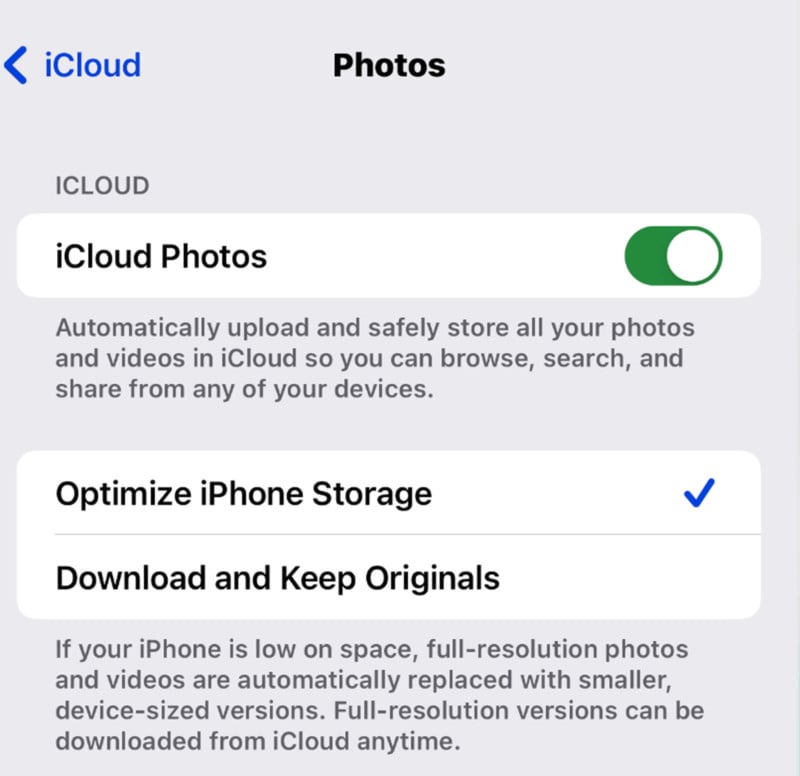 We’re all taking more photos and videos than ever before, in higher resolution, and the fact is, we’re constantly exceeding our phone’s storage capacity. We all need to pay more attention to backup strategies. Amazon, Google, Microsoft, Dropbox, and SmugMug offer different plans (all paid) that don’t involve deleting your photos in the cloud if you’ve gotten rid of them from your phone.

There’s no free storage available anywhere for more than a handful of photos and videos. And no, Facebook and Instagram don’t matter, because the images are scaled down to a very low resolution and you’ll never get the full resolution version back.

How to actually back up photos with iCloud

If he insists on sticking with iCloud, there is a workaround, but it will take more work.

First, he could obviously convert all his iPhone photos to low resolution, download them, and leave the copies on his phone.

Upload the images to iCloud. And double the effort by also saving the same images elsewhere. The simplest is a small portable hard drive. A LaCie Rugged Hard Drive with 4 terabytes of storage costs around $150, which is about $50 more than a year of Apple’s 2TB service.

Now that we’ve saved twice, confirm that all images of Costa Rica are there. Then in iCloud settings, turn off iCloud backup. 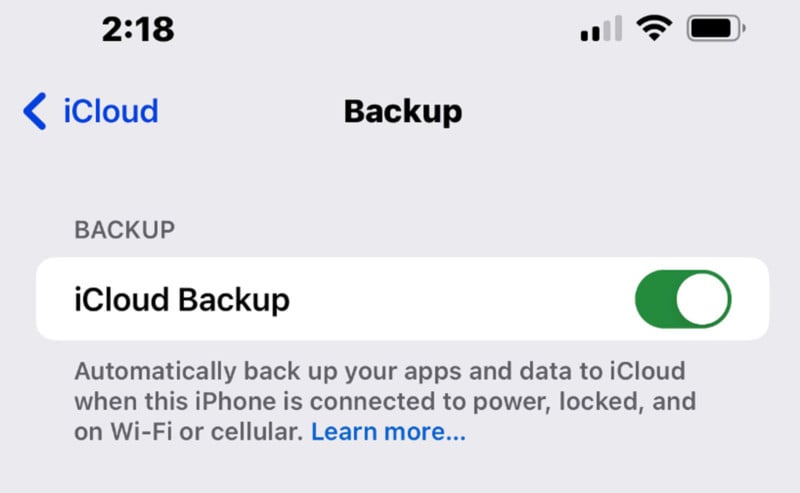 That way iCloud won’t be able to scan the phone and mirror what it sees, i.e. no photos from Costa Rica.

Once Bill has taken a bunch of new pictures on his phone, he can manually put them in iCloud by turning iCloud Backup back on.

However, this is not the proper or ideal way to back up photos. It’s not a long-term solution either: Apple will actually delete your files from its cloud 180 days after turning off iCloud backup, so be aware of that.

The best way to save photos

The best way to back up your photos is to use a cloud service designed for long-term file storage. Dropbox and Microsoft charge $9.99 per month for 1TB of storage, Google $9.99 for 2TB of storage, and SmugMug starts at $9 per month with unlimited storage. Amazon is also offering unlimited photo (but not video) backup at no cost to subscribers of the $139-a-year Amazon Prime shipping and entertainment service.

Pure online photo backup without gimmicks + at least one hard drive on the desktop makes me more comfortable. The best would be a disk on the desktop, an offsite disk, and an online cloud backup. 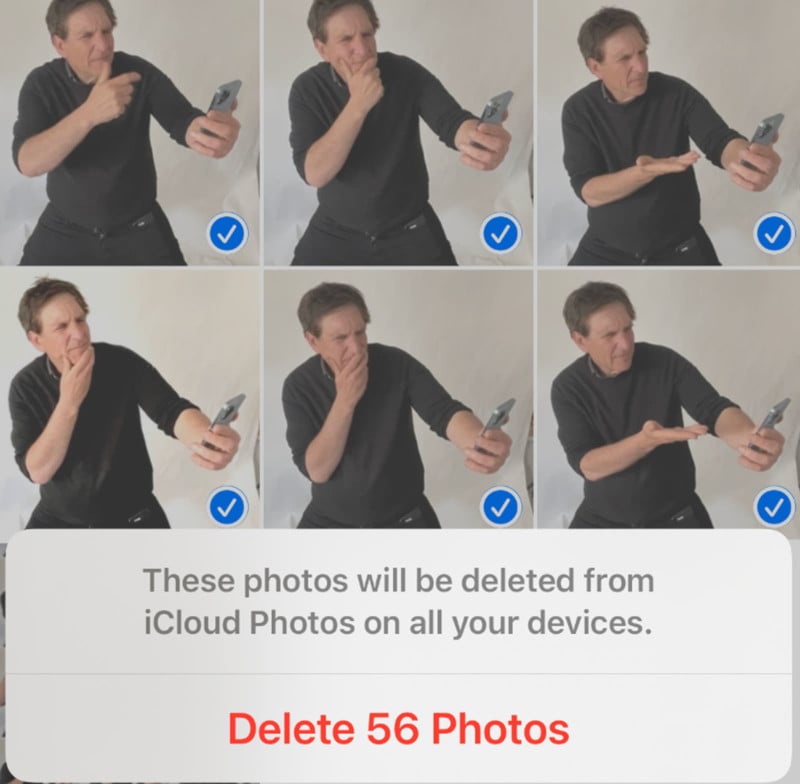 And in case you were wondering, I have 8 records on my desk, several more in the closet, and I subscribe to SmugMug, Google One, and Amazon.

About the Author: Jefferson Graham is a Los Angeles-area writer/photographer and host of the streaming travel photography television series Photo walks. The opinions expressed in this article are the sole responsibility of the author. This article was also published here.