Creighton fails against Xavier in the annual Pink Out

Creighton had his coach back on the sidelines. The CHI Health Center was packed with fans dressed in pink and full of emotion. The Bluejays led 17 points at halftime. Unfortunately, that wasn’t enough as the Creighton fell to Xavier on Saturday afternoon 74-64.

The Bluejays were full of energy in the first half as they contested every shot, held the Musketeers to 23% shooting and had all the momentum on Ryan Kalkbrenner’s return at the buzzer to lead the Jays into the locker room with a 36-19 in the lead. It looked like the Bluejays had their number after the loss to Cincinnati just over a week ago.

However, Xavier has been a second-half team all season, including Game 1 where they scored 51 points against the Jays. Xavier came out of the second half of this match with a high-scoring half and an almost unimaginable run. The 17-point halftime lead was erased and Xavier took the lead before Creighton even scored in the second half on a Ryan Kalkbrenner free throw with 12:30 to go. Xavier continued to convert and went on a 29-2 run in front of the nearly 18,000 fans in attendance.

Creighton is now licking their wounds as they go on a 2 game road trip to UConn and Seton Hall.

WBR photographer Ken Juszyk was there to take pictures of the game. The annual pink out game is revered by all in the fight against cancer and always results in unique shots. While the Jays lost, enjoy photos from the game with some selected shots below and the full gallery here. 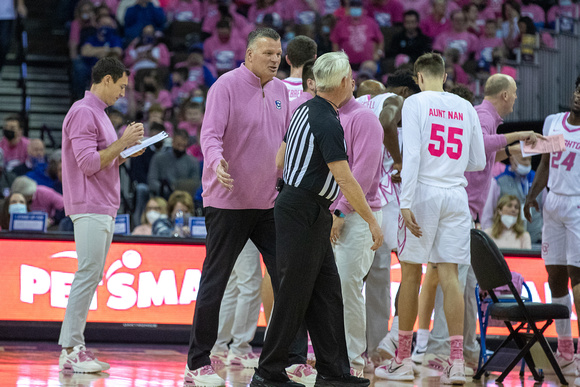 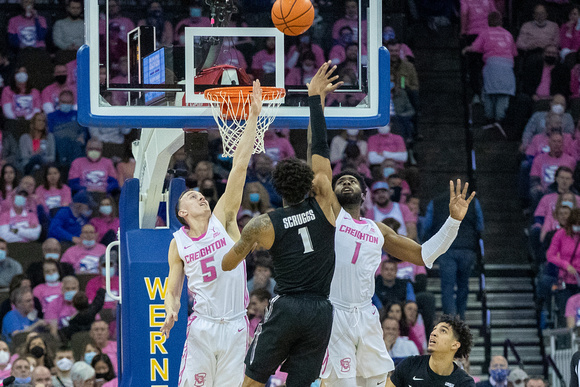 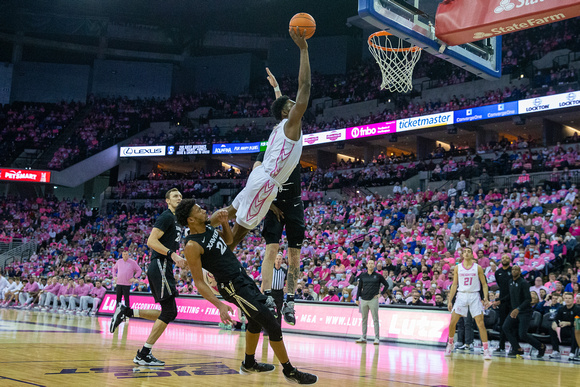 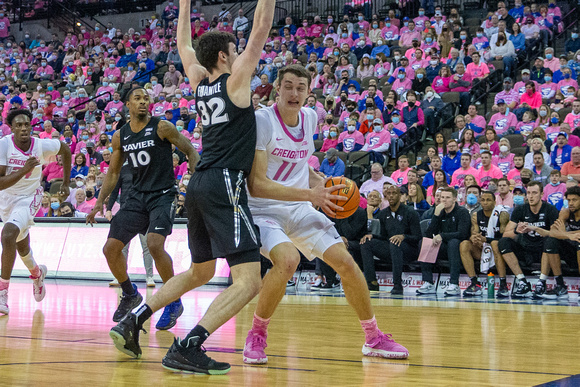