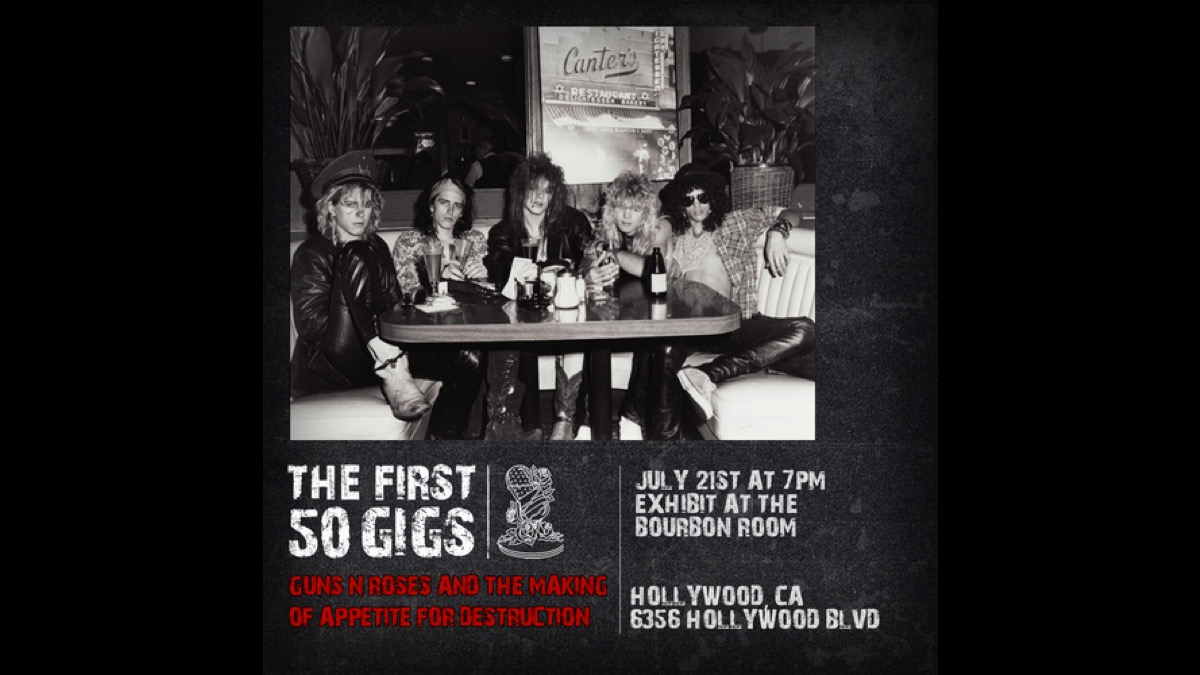 The First 50 Gigs video podcast is the creation of Reckless Road: Guns N’ Roses and Making of Appetite for Destruction authors Marc Canter and Jason Porath.

The book that was published in 2008 and won an IPPY for Pop Culture Book of the Year was just the tip of the iceberg in an archive created by Marc Canter; photographer, music historian and owner of the famous Canter’s Deli. Canter captured the band’s formative years and the heyday of the Sunset Strip music scene.

The project was conceived as a gift for fans to discover the stories behind the ever-elusive band’s most famous songs, especially young fans, many of whom weren’t even born when Appetite was released. This is an opportunity for them to discover the stories behind the creation of Appetite For Destruction. The show which is part of the Pantheon Podcast Network is available on all major services, with tiered premium subscription offers available on Spotify and Patreon.

The First 50 Gigs project took years to prepare, “Marc’s massive and unique archive of the early days of Guns N’ Roses and the first fifty gigs of the Guns N’ Roses Appetite lineup are unparalleled,” says Porath . “Marc truly captured lightning in a bottle and the power of these images he and Jack Lue created will now be amplified by the first-hand accounts of the people who were there, giving the audience a true unfolding of events.” The video version of the show features never-before-seen audio and video clips from Marc’s archive, plus bonus episodes available through a subscription on Spotify, and a premium subscription through Patreon that includes early access to the video version of each episode, plus exclusive access to photo galleries, giveaways and more.

The exhibit at Salle Bourbon will feature photos, videos and ephemera featured in the podcast in addition to never-before-seen content from the early years of Guns n’ Roses leading up to the recording of their first and most iconic album.

Axl Rose does a surprise performance with Carrie Underwood